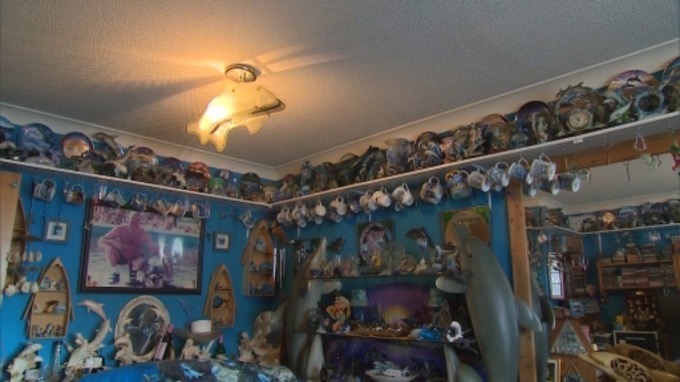 My sister LOVES dolphins! She has dolphin statues, dolphin artwork, dolphin toys and even a dolphin table! She’s absolutely obsessed with them!

Except that I recently found out she hates them‚ HATES them!

When she was very young, she received a stuffed dolphin as a present for her birthday.

At Christmas that year she received a pair of dolphin bookends.

Her next birthday she received more dolphin paraphernalia.

Christmas came and guess what she got?

I’d always assumed she loved dolphins by the sheer volume of dolphin-related stuff around her house I mean why would you fill your home with something you don’t like?

Fast forward 30 years or so and here we are A house filled with dolphin stuff and the occasional new addition at birthdays and Christmases.

Just a couple of weeks ago though she told me she’d never really liked dolphins and hasn’t a clue why people keep buying them for her. As time has gone on she’s been bought more and more to the point of hating them completely but because she didn’t want to offend anyone she just kept everything!

It was then that I realised she had inadvertently become part of a family and friend-wide unquestioned assumption and self-perpetuating system of “she has loads of dolphins, so clearly she loves them; I’ll buy something dolphin-related for her”

In testing we make assumptions and sometimes we don’t clarify those assumptions, as they seem absolutely 100% concrete, and “can’t be any other way”. Despite an overwhelming amount of evidence to back up that assumption, there’s still a distinct possibility that it’s incorrect.

Don’t assume anything (or if you do, make sure you set out to prove or disprove that assumption) because otherwise at some point in time when you least expect it, that unquestioned assumption will rear its ugly head and yell, “I HATE dolphins!”

A Life of Testing
Language Interpretation