A Life of Testing

I’ve been a professional tester since 2003.

I say I’ve been a professional tester since 2003 but recently realised that I’ve had a “tester” mindset for much, much longer than that; In fact as cliché as it sounds, I’ve pretty much been a tester my whole life.

So today I thought I’d like to suggest a little game to everyone See if you can remember your earliest memory of “testing” something.

For me, as far as I can remember it’s when I was 9 years old and was bought a Bandai Lazer Tank for Christmas. 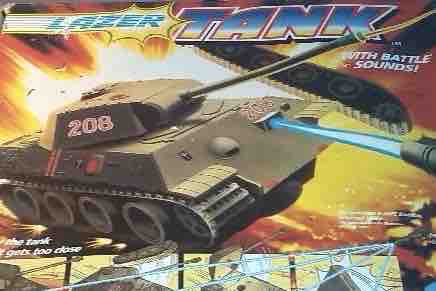 I remember unwrapping it and staring in wonderment; what on earth does this thing do?

Within minutes I had questions:

I was obsessed with finding the limitations of the thing!

So for me that’s my earliest memory of “testing” and I think a lot of people with testing careers probably have a similar mindset that started WAY before your “profession” as a tester began?

So have a think about your own earliest testing memories and let’s get sharing.

Assumptions vs Biases
The ”Dolphin” Heuristic