Recently on Twitter, Ben Simo posted an interesting photo of a set of road markings at the entrance to a driveway/car park, with the question, “Is this an entrance or an exit?”: 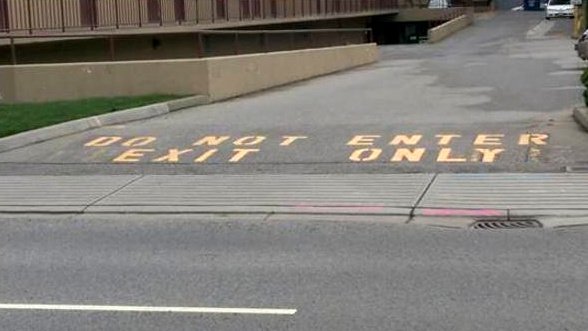 Despite being a joke or rhetorical question my tester brain engaged immediately with the question posed by Ben and with the photograph presented.

After a minute or so of Logical Reasoning I’d reached my conclusion and was about to post a reply when I realised that the logical reasoning process all testers go through is different so why not share my own process with people in a blog post?

So here you go; this is mine:

To answer Ben’s question; from the perspective of the intended audience of the sign, this is an Exit.

The ”Red Rag” Heuristic
Do you like it dirty?